In Appreciation of Lewis R. Binford 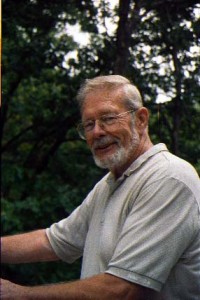 Soon after Al Dekin convinced me to study Lamoka and Dustin points for my master’s thesis project, I realized that I was treading where the great archaeologist Lewis Binford had gone before.  My research took me to the same collections that Binford had seen in the Great Lakes Range in the Museum of Anthropology, University of Michigan.  I crossed his path again at the Rochester Museum, where I found little boxes of Lamoka points containing notes with Binford’s name.  Binford’s earlier study helped mine by showing me that analyzing Lamoka point attributes, especially displayed across space, would be much more effective than dwelling excessively on whether there were multiple types of Lamoka points, what that might mean, or even whether Lamoka and Dustin points were the same or different types.  Also, I had the comfort of knowing that Binford had left Lamoka points behind so long ago, I would probably be spared the ordeal of ever having to debate with him on the subject.  Although that could turn out well, win or lose.

Debate was something Binford was known for, and over his career he debated his way through processual archaeology, the functional argument, post-Pleistocene adaptations, archaeological site formation, hunter-gatherer land-use strategies, ethnoarchaeology, middle range theory, frames of reference, uniformitarian assumptions, and theory building.  At least.

As time went on, it seemed that the number of people who wanted to debate Binford grew ever larger, a situation surely related to archaeology’s ever-broadening eclecticism since the mid-1970s, the sometime-penchant for each archaeologist to be “right”, and the seemingly unbridgeable differences between various schools of thought.  However, a good debate with Binford never hurt anyone’s career.  With the release of Debating Archaeology in 1989, Binford could adopt the highly specialized debating tactic of characterizing his adversaries as “Yippies,” “Yuppies,” “Guppies,” and perhaps other funny names.  This technique is not for everyone, but when the book hit the stores, this approach actually garnered Binford some additional audience support.  It made me laugh the first time I saw it.

I remember seeing Binford in the audience in the early 1980s at an SAA session where speaker after speaker (usually young Ph.D.s) were attempting to relate their data on stone tools and debitage to Binford’s models of hunter-gatherer land use and technological organization.  Binford got up quickly after the last paper and left the room.  I followed him, hoping to talk to him about Lamoka points.  Amazingly, Binford remembered his Lamoka point research quite fondly, and seemed to feel like it was something he hadn’t finished, and might revisit someday.  I imagined that he had sheets of yellow paper with Lamoka point measurements on them stuck in a file somewhere in New Mexico.  We continued to walk, and there was a lull.  Then he said:  “Interesting session,” and I said “Yes, very interesting.”  Binford then turned, looked at me, and said: “None of them got it right, you know.”