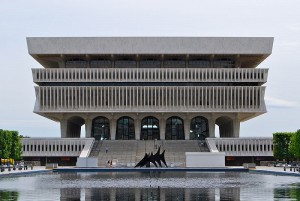 In a follow-up to earlier posts concerning the impending layoffs of the State Archaeologist and the Archaeology Curators at the New York State Museum, it was announced over the week-end that an agreement has been reached between the Public Employees Federation (PEF) and New York State, allowing the layoffs to be rescinded.  In order for the targeted PEF members, including the State Museum scientists, to keep their positions, it will be necessary for the PEF membership to ratify the agreement, which includes concessions from the union.  Since there is a vote yet to take place, the positions are not saved yet, but there is good reason for hope.  In terms of the archaeology community’s response, I have seen some strongly supportive letters to Regents Chancellor Tisch that really state with emphasis the importance of the New York State Museum’s historic leadership role in American archaeology, as well as the significant work being done by its scientists today.  I am sure that it has been very important to provide this information to the Chancellor and the Department of Education and Museum leadership.