Being an archaeotourist means spending some leisure time visiting sites and landscapes which evoke the ancient past.  Sometimes it may be possible to visit an active archaeological dig, a preserved ruin or earthwork site, a museum, or a reconstruction of an ancient site or community as it may have been experienced by the people who lived there.  Or there may be other kinds of places, such as natural landscapes with known historic or prehistoric uses, so you can combine ecotourism with a little archaeotourism.

In the absence of true leisure time, archaeotourism can mean making a quick trip to a place you just have to see, or see again.  Coupled with imagination and some working knowledge, the experience of visiting a place significant to human history is a powerful teacher. 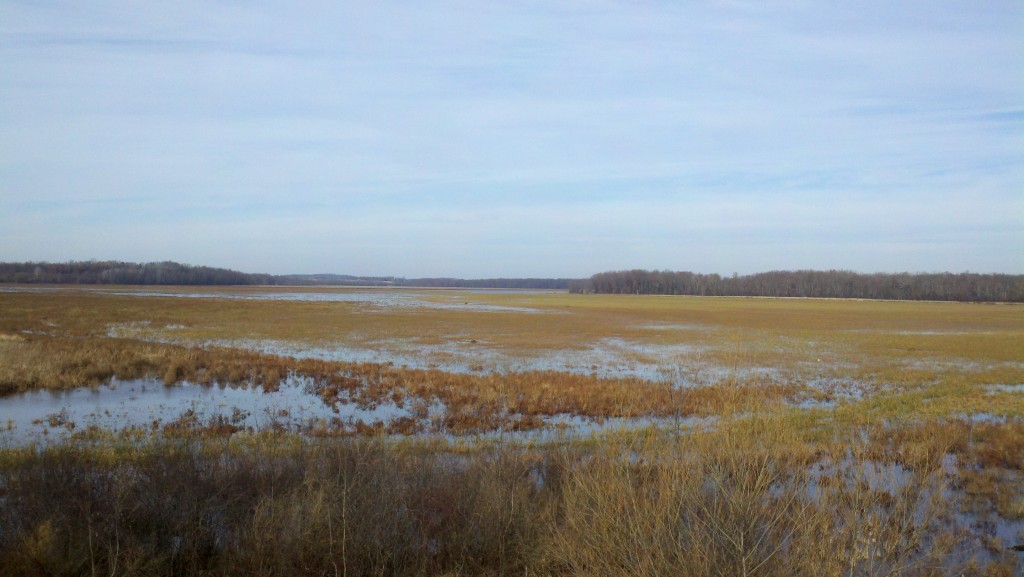 The rather large landscape in central New York State known as Montezuma Swamp is not a state or national historic site, but contains Montezuma National Wildlife Refuge (NWR), an environment shaped and managed to enhance and preserve habitat for a wide variety of plants and animals.  Montezuma NWR is the home a successful bald eagle restoration, and continues to consider how its programs can enhance its mission to restore Montezuma’s marshland habitat.  Most people know Montezuma as a refuge for migrating or nesting waterfowl, which are often visible from the New York State Thruway (a section of I-90 that passes right through the swamp).  Off the Thruway, the NWR is accessible by local roads and a drivable dirt trail that winds among several great vantage points.  And it is a place rich in history, particularly ancient American Indian history, although this aspect of the Montezuma NWR is not interpreted on-site.  You have to use your imagination. 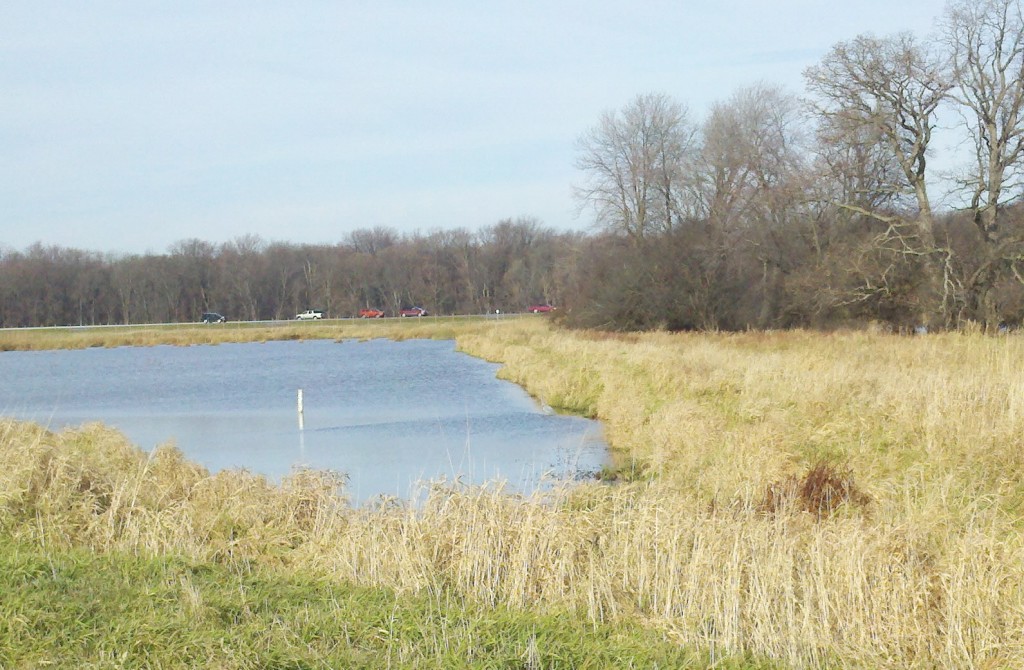 Can you find the Great Blue Heron?

Montezuma is a marshy northern extension of Cayuga Lake that in the 17th-18th centuries was within the tribal lands of the Cayuga Indians.  Father Pierre Raffeix, a Jesuit missionary to the Cayugas, wrote in 1670 that the Seneca River at Montezuma “branches into several canals, surrounded by prairies, with occasionally very fine and pretty deep bays, where wild fowl flock” (quoted by Ritchie 1945:2, 1973:154).  He mentioned excellent deer hunting, the rich local fishery, abundant swans and geese in winter, and “continual clouds of game” (presumably migratory birds) in the spring.  At nearby salt springs, the Cayugas would sometimes catch 700-800 passenger pigeons in “one haul of a net.”  Passenger pigeons are extinct now, and it is difficult to know whether geese are as abundant locally as they were then (swans probably are less so), but the pools and waterways, shorelines and islands, and surrounding meadows and forested slopes populated with geese, ducks, great blue herons, and other wildlife provide a model landscape to stand in while thinking about the historic world of the Cayugas. 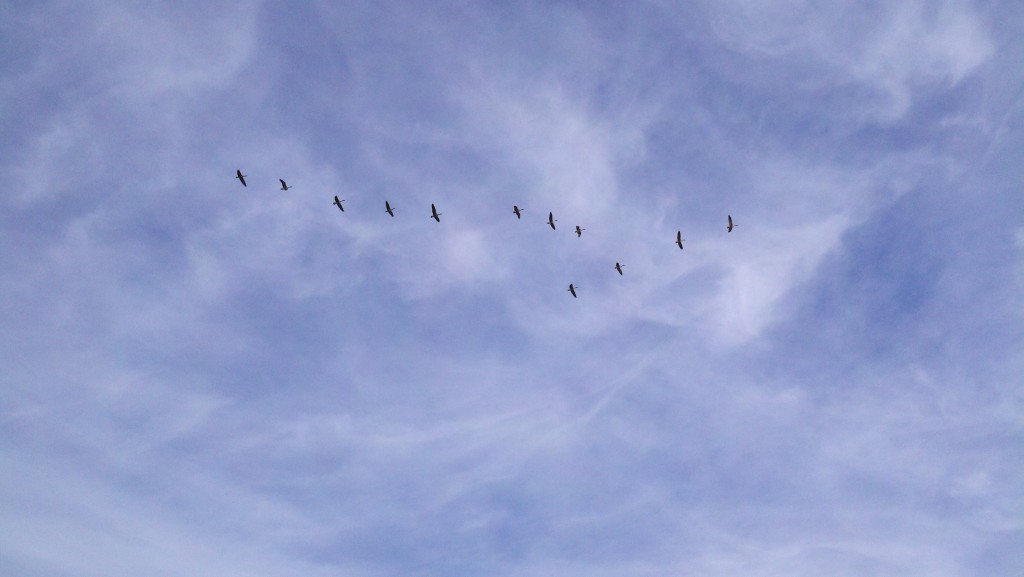 Historic and modern people have done things to change this environment (such as lowering and raising water levels, or eradicating and then reintroducing eagles), but the observable landscape transitions and contrasts and between water, wetland, upland, and great big sky are as close to eternal as it gets these days, and more like the 17th century than the early 20th, when the swamp was largely drained.  When you see Montezuma Swamp, let your mind paint your vision with a broad brush.  You’re on a relaxing archaeo-tour! 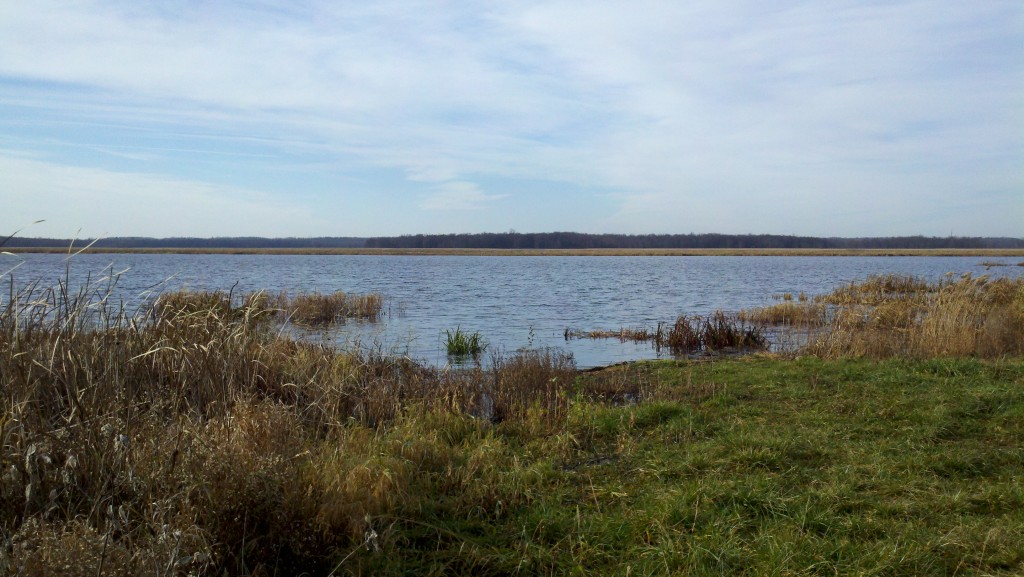 Rich habitats such as Montezuma Swamp and the lowlands leading north and east along the Seneca River provided an abundant and varied source of food for hunters, fishers, and plant harvesters, and this area has one of the highest recorded densities of archaeological sites in New York State.  The great archaeologist William A. Ritchie, with a bit of hyperbole, referred to one of these sites as the “capital” of its era in this part of New York State (this is Kipp Island, located where the Thruway crosses the swamp; Ritchie 1973:155).  In the mid-20th century, Ritchie conducted several archaeological surveys and excavations at Montezuma Swamp and along the Seneca River to the general vicinity of Weedsport. 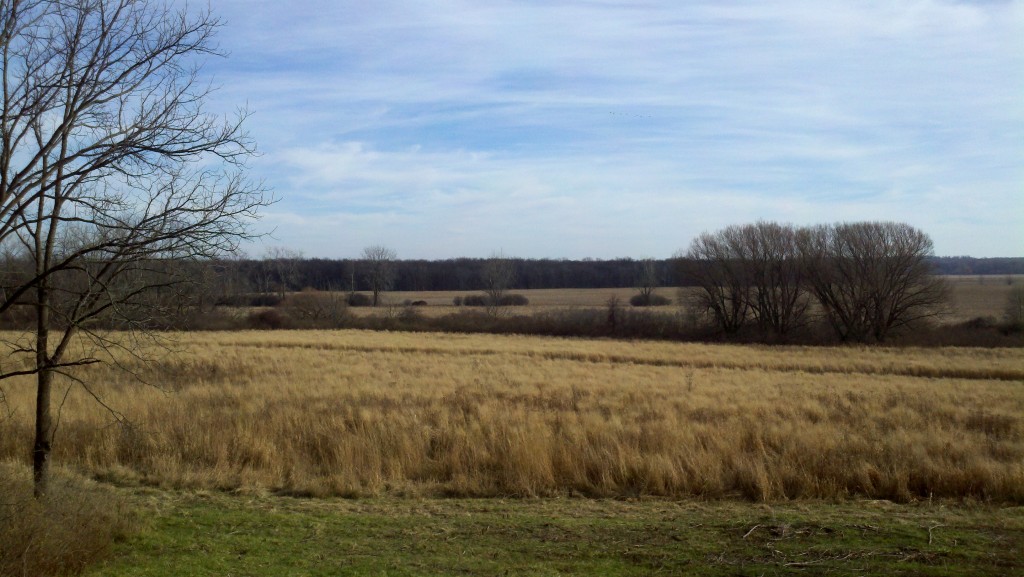 People moved into the Montezuma Swamp-Seneca River lowlands quite a long time ago.  Ritchie (1969:4-5) has provided a map showing that a cluster of Paleoindian, fluted spear points has been found in this area, indicating first settlement about 12,000-13,000 years ago.  A variety of sites including Frontenac Island on Cayuga Lake, the Ross and Di Santo sites near the village of Savannah, the Hickory Hill Marsh site near Howland Island, and the O’Neil site farther east along the Seneca River show ample evidence of occupation during the fundamental era of eastern Indian cultural development known as the Archaic period (10,000-3,000 years ago).  As Ritchie (1973) has chronicled, Kipp Island itself has provided glimpses of Native American culture at several intervals from about 3,000 to about 1,000 years ago.  This was a time when Indian inhabitants of the Montezuma area began to make and use pottery and grow corn.  They buried their dead on Kipp Island (and to the south, near the Rene Menard Bridge), giving attention to a variety of ritual practices shared in diverse ways with societies in the Great Lakes and Ohio regions.

Recently, the New York State Museum has provided more information on the Kipp Island site (Hart, Anderson and Feranec 2011).  The main period of occupation (and cemetery use) appears to have been from about AD 200-800, while people were still developing a strong relationship with corn as an important food source.  After this period, Indians seem to have visited Kipp Island less frequently.  They continued to live in villages near Cayuga Lake, Owasco Lake, and in the area north of the eastern Finger Lakes until well after the time when Father Raffeix visited the Cayugas in the 1600s. 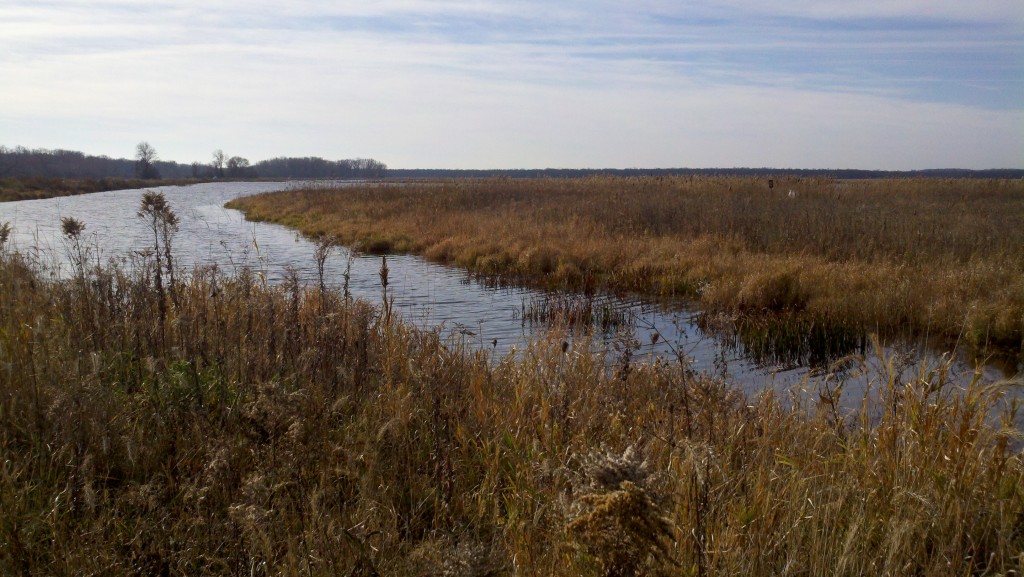 You can visit too, and enjoy today’s version of the beautiful “canals and prairies” along the Seneca River.  When you get there, relax and use your imagination.

Ritchie, William A.
1945   An Early Site in Cayuga County, New York:  Type Component of the Frontenac Focus, Archaic Pattern.  Research Records of the Rochester Museum of Arts and Sciences, No. 7, Rochester, New York.