The Archaic period, 3,000-10,000 years before present (BP) saw human adaptation to temperate, eastern woodlands environments after the Ice Age, and no doubt also witnessed population growth, human migration, and interactions between different societies as the environment changed and innovations were made in technology and subsistence. Archaic societies were hunters-gatherers, although the ways they went about this varied considerably.

In some regions, as time went on, Archaic hunter-gatherers who moved their settlements throughout the year became more settled, perhaps even sedentary. Some (not necessarily the most sedentary societies) began to add a form of pre-corn horticulture to the subsistence strategy in a development referred to as the Eastern Agricultural Complex. 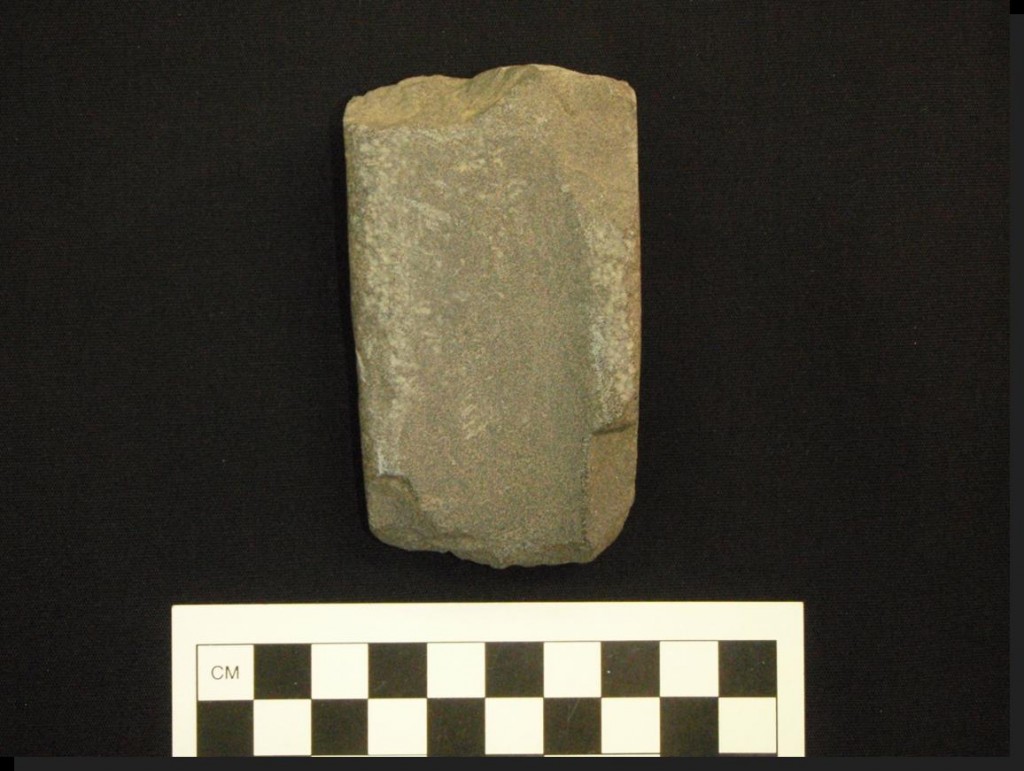 In Louisiana at sites such as Watson Brake and Poverty Point, there developed a long tradition of earthen monument construction during the Archaic period, while a variety of shell mounds along the southern coastlines, as well as some of the rivers in regions such as Florida and Kentucky also may represent monumental constructions. Along the Hudson estuary of eastern New York State, accumulations of oyster shell (such as at Dogan Point) also spark the archaeologist’s imagination. Were the various freshwater or marine shell mounds of eastern North America simply food remains, or were they constructed for monumental or ritual use (cf. Claassen 1995:132-133, Claassen 2010)?

During the later years of the Archaic period, ceramic pottery was invented along the Atlantic coast of the southeast, while many societies in the interior, from Georgia to New England manufactured, traded, and cooked in soapstone pots. Soapstone was traded widely. As the Archaic transitioned into the Early Woodland, soapstone pots became important mortuary offerings at sites near Orient Point and Montauk, Long Island.

Archaic cultures in eastern North America increase the knowledge of how hunter-gatherers vary. While hunter-gatherer societies have often been seen as small, family-based, egalitarian, and far from organizationally complex, the record of Archaic societies in the eastern woodlands is full of evidence that belies this conceptualization.

In addition, it is often difficult to show how the developments of the Archaic period are related in a direct way to the societies that came after them, suggesting that many Archaic societies are distinctive and worthy of study in their own right, as opposed to less-developed, formative stages in the evolution of later societies. Often, Late Archaic period sites are larger and more numerous than the sites of the subsequent Early Woodland period, raising questions of why: what does this pattern mean for the histories of eastern woodlands societies?

New York State archaeology has a special place in the study of Archaic cultures, since the concept of the Archaic as a largely preceramic, hunter-gatherer way of life originated in New York. In the early 20th century, some of the first purposefully conducted investigations of Archaic period sites in North America occurred in upstate New York locations including Lamoka Lake, Geneva, Scottsville, Brewerton, and Frontenac Island. 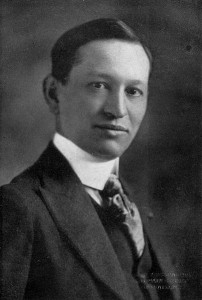 Reference to “the Archaic” developed out of the term “Archaic Algonkin”, used to refer to an early period by New York State Museum archaeologist Arthur C. Parker (1922). In 1925, after he became the director of the Rochester Municipal Museum (now the Rochester Museum and Science Center), Parker commissioned a young employee named William A. Ritchie to begin to excavate at the large Archaic period site at Lamoka Lake in the western Finger Lakes region. It was Ritchie (1932) who (dropping the Algonkin prefix) coined the term Archaic and introduced it widely. Ritchie excavated Archaic period sites into the 1930s and beyond, eventually revisiting Lamoka Lake in 1958 and 1962, and Frontenac Island in 1953 (Ritchie 1944, 1969). 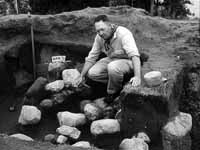 Ritchie’s work on the Archaic period became well-known, and the concept of a preceramic, preagricultural period was widely adopted by archaeologists (as outlined in Willey and Phillips 1958). The cultures that Ritchie investigated intensively— the Lamoka culture, plus a seemingly later culture from the north he called Laurentian, and the apparent product of Lamoka and Laurentian interaction at Frontenac Island— are now referred to as Late Archaic cultures dating to about 4,000-5,000 years ago.

The long history from 5,000-10,000 BP leading up to the Late Archaic was practically unknown in New York State, even at the moment of Ritchie’s retirement from the New York State Museum in 1971 (although it had been under investigation in North Carolina, Illinois, and other places; Coe 1964, Fowler 1959). Ritchie in fact believed that the early Holocene natural environment of upstate New York was a closed, coniferous forest not well-suited for human habitation due to presumed scarce food resources (for example, see Ritchie and Funk 1973:37-38). At the same time, Ritchie was aware of recurrent evidence of Early Archaic occupation on Staten Island, and drew attention to probable southern connections (Ritchie and Funk 1971). 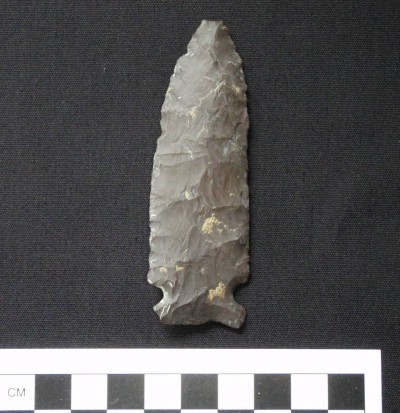 Robert E. Funk, who was Ritchie’s junior associate and eventual successor at the New York State Museum, began to research the Archaic period in the Hudson valley in the early 1960s (Funk 1966). He gave significant attention to the period he referred to as the Early Archaic, from about 5,000-9,000 BP (which now is considered to extend to 10,000 BP). In this work, and later in excavations at Susquehanna valley sites, Funk began to demonstrate the great time depth of Archaic period occupation in upstate New York.

Funk’s Hudson Valley research included excavation at the Sylvan Lake Rockshelter, east of Poughkeepsie (Funk 1966, 1976). At Sylvan Lake Rockshelter, Funk found evidence of deep deposits that broke the 5,000 BP threshold; his earliest radiocarbon-date from a deep level of the site was 6560 +/- 100 years BP. Artifacts in the early deposits included side-notched projectile points similar to Laurentian forms. One of the contributions of Funk’s Sylvan Lake and other Hudson valley research was his inference that a long cultural tradition that involved making Laurentian-like, notched projectile points preceded the appearance of stemmed to weakly side-notched Lamoka-like projectile points. How early the Laurentian-like tradition was remained a question, as the 6560 BP date may have represented a mid-point rather than a beginning of the notched point tradition. 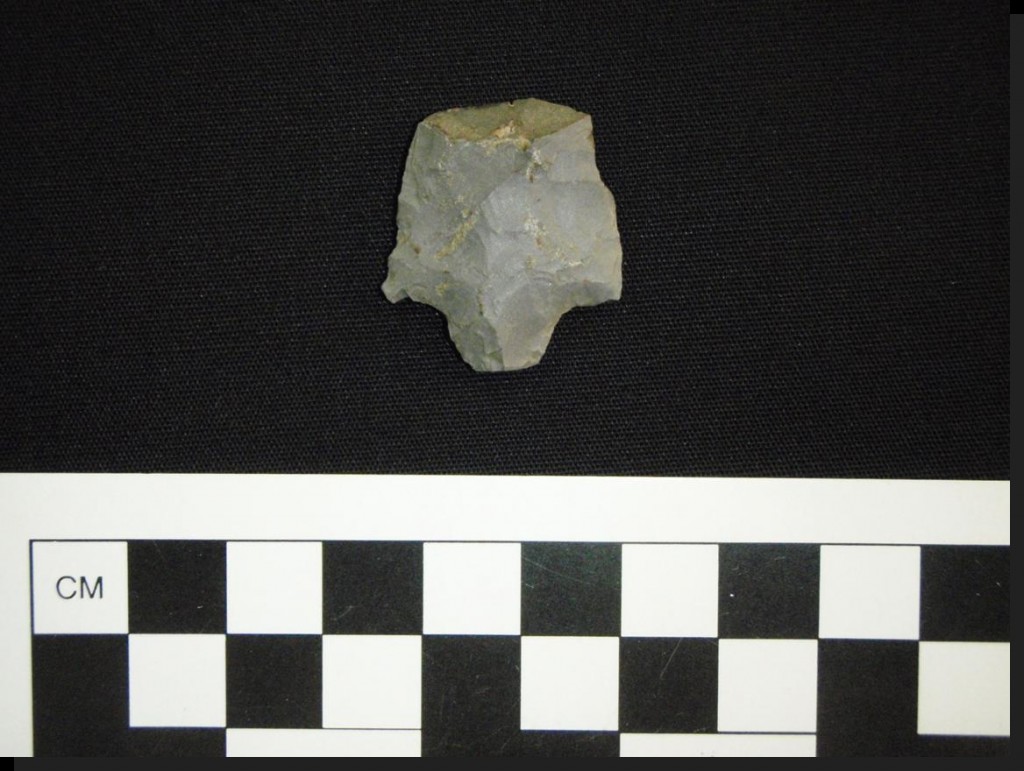 The 1960s and 1970s saw a proliferation of research on the Early Archaic period in several areas of the eastern woodlands, which archaeologists began to differentiate into Early (8,000-10,000 BP) and Middle Archaic (6,000-8,000 BP) segments. Funk later identified a definitive Middle Archaic period occupation at Sylvan Lake Rockshelter when he recognized the occurrence of the Neville point type (Funk 1991). An important sequence of Early to Middle Archaic cultures was found in West Virginia (Broyles 1971), and soon evidence from other stratified sites predating 5,000 BP was becoming apparent in Tennessee (Chapman 1985), Pennsylvania (McNett 1985), and New Hampshire (Dincauze 1976). 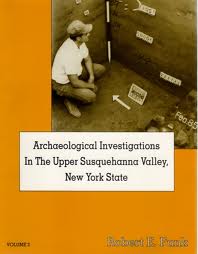 Ritchie developed the concept of the Archaic in the early 20th century, while several of his contemporaries corroborated its broad applicability and expanded upon it. Over time, innovations such as radiocarbon dating provided greater definition to Ritchie’s discoveries in New York. Funk, despite arguments for a post-Paleoindian cultural hiatus, built programs for the study of the Early Archaic into his Hudson valley and upper Susquehanna research on Archaic cultures. Working deliberately toward the goal of Early Archaic discovery, Funk defined the Early and Middle Archaic periods in these regions.

My own investigations frequently encounter Archaic period sites, and I am continually indebted to the compiled data and useful insights of Ritchie and Funk. At the same time, I find that the recent past has been a dynamic period of rapidly developing new information on the Archaic period. Accordingly, I have periodically written about the Archaic in Fieldnotes here, here, here, here, here, and here). In a number of upcoming 2013 blog posts I will consider some of the classic Archaic sites such as Lamoka Lake, Brewerton, and Frontenac Island, as well as a variety of other interesting Archaic period topics, including Early and Middle Archaic technology and settlement patterns in eastern New York, ancient sea-level rise in the Archaic period, the Vosburg Site district, the lower Hudson oyster shell mounds, and cultural history, coalescence, and change during the Late Archaic.