The Lamoka Lake Site, Schuyler County, New York: Was There a Southern Connection?

“the Indian Knoll culture…may have been involved in patterns of change that could explain the development of such later cultures as Riverton, or even Lamoka” (Winters 1974:xxii).

Forty-two years before this assessment by Midwestern archaeologist Howard Winters, William A. Ritchie (1932:131), thought that his new discovery, the Archaic community at Lamoka Lake, arrived in Schuyler County, New York with immigrants from the west or northwest. 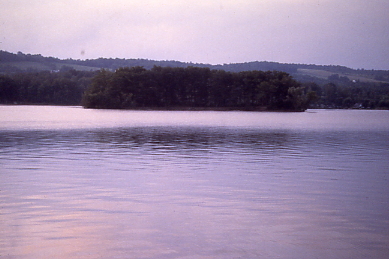 By the 1960s, Ritchie cited broad similarities between Lamoka and the upper Great Lakes region (still a possible source of Lamoka origin), and in particular with the Dustin culture or phase of Michigan (Ritchie 1965:78-79). A few years later, he reviewed other Northeastern cultural complexes that used small, narrow-bladed projectile points as part of a regional tradition that included Lamoka and other cultures (Ritchie 1969:78-79). He was unconvinced that an ancestral Lamoka homeland lie far to the south of New York.

However, other archaeologists including Douglas Byers (1959), William Fitzhugh (1972), and Howard Winters (1974) entertained the likelihood (or at least possibility) of the Shell Mound Archaic ancestry of Lamoka and other Archaic cultures dating to approximately 3500-4500 before present (BP). Winters (1974:xxii) came close to saying that the appearance of the Lamoka and Riverton (Illinois) cultures resulted from Shell Mound Archaic people of the Indian Knoll culture leaving their Green River, Kentucky homeland. 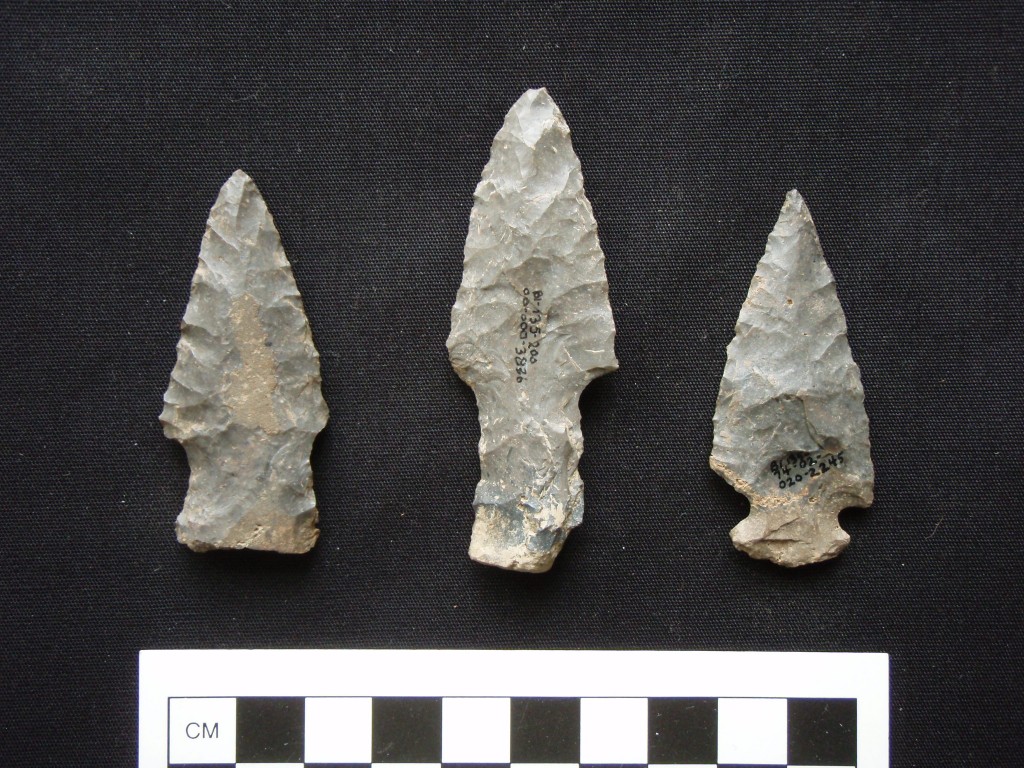 Byers (1959) pointed out the likely blending of a coastal lithic tradition with a Shell Mound Archaic tradition to account for the narrow-bladed, Lamoka projectile point technology within the context of the seemingly southern bone and antler industry.

With regard to Lamoka lithics, I have pointed out elsewhere in some detail that Lamoka chipped stone technology is often based upon pebble cores and a strategy using bipolar reduction, resulting in generally small, unrefined projectile points. Lamoka chipped stone technology therefore is relatively simple and adaptable to local conditions in Northeastern environments featuring glacial till (Curtin 1998). Thus, a Lamoka-like technology would be a suitable alternative for immigrants unfamiliar with, or denied access to significant local stone quarries (Lamoka points, for example, appear to be infrequent among the variety of point types found at the Divers Lake quarry in western New York; Prisch 1976). At the same time, Lamoka-like, Dustin-type projectile points were manufactured and used in Michigan in this approximate time-frame, locally employing similar pebble-core technology (Harrison 1966). 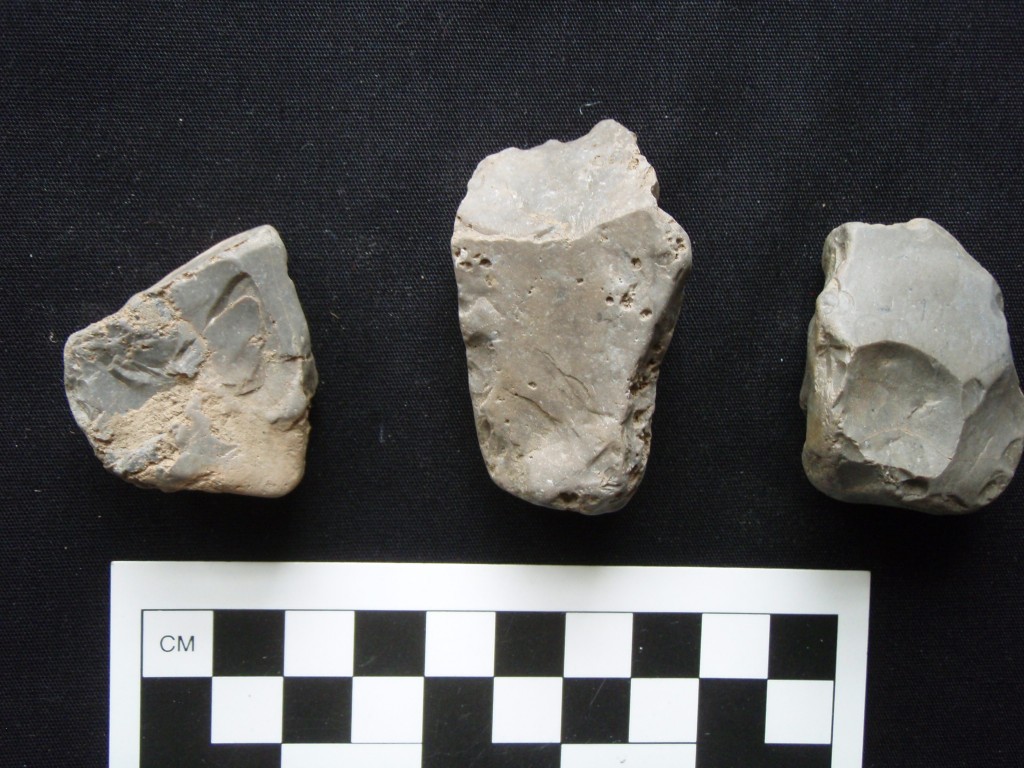 So Lamoka-like stone projectile point technology is not just coastal, but may involve other conditions of a widespread nature (involving access to quarries, or the adoption of technology useful when the acquisition of high quality stone sources required too much time and travel). These conditions would suit immigrant communities if indigenous people controlled the quarry-chert sources. However, Lamoka-like technology is not necessarily diagnostic of immigration, as pebble sources of chert and other knappable stone are widespread in the Northeast, and could have been adopted by indigenous or mixed native and immigrant communities in order to exploit local stone.

Seeing the Lamoka culture as out-of-place locally, Ritchie (1946:105) stated that Northeastern Woodland cultures “are reared upon a Laurentian platform”, emphasizing specific lines of cultural continuity. Robert Funk (1988:8) also found significant Ritchie’s statement that the Laurentian Archaic is fundamental to Northeastern Indian culture. Lamoka doesn’t fit into this sequence without interrupting it. Ritchie (1944) believed that the Lamoka culture was earlier than and essentially overwhelmed by Laurentian culture; accordingly there was no contradiction to the Laurentian to Woodland sequence. He never fully accepted Funk’s (1966, 1976, 1988) proposed reversal of the sequence for central and western New York (for example, Ritchie 1971:5-6). Following Funk, it seems that today we adopt the Laurentian-Lamoka relationship as historically sequential— with Laurentian preceding Lamoka— without suspecting often enough that populations with these very different cultural affinities actually came into contact, and found ways to interact.

Recently, Kenneth Sassaman (2010) has brought migration and cultural diversity prominently to the fore in explaining the cultural history of the Archaic period in eastern North America. His thesis with regard to Lamoka is that the Lamoka culture represents a migration of people with Shell Mound Archaic ancestry to south-central New York. In this, Sassaman draws attention to similarities between the bone artifact industries, and especially, specific similarities in the manufacturing of bone fish hooks and the practice of line fishing. Following Sassaman’s (2010:48-49; 93-94) argument and terminology, Lamoka Lake may represent a “diasporic” community associated with a more general Shell Mound Archaic diaspora. Interpreting Sassaman further, interment of the dead in simple, flexed form within the Lamoka Lake village midden (rather than in more diverse forms located in separate burial places) may emphasize a common history without historic connection to local landmarks; while the profusion of storage pits at Lamoka Lake, more properly considered as concealment pits, reflects the protection of resources by people who could be considered interlopers by indigenous communities. From this, I infer that in other times and places (such as the Brewerton, New York Laurentian sites), the lack of underground resource concealment, and the use of distinct, or in some way special burial places (especially with mortuary program diversity) reflect the social integration of neighboring communities, including those with long, distinctive histories within the region. Mortuary ritual integrating diverse practices performed at historically meaningful places may have facilitated this.

Given the recurrent suggestions of some kind of relationship (whether descendant, or of distant common ancestry) between the Lamoka Lake site and the Shell Mound Archaic, the reported occurrence of Elliptio (a.k.a Unio) shell— the local freshwater mussel— in the Lamoka Lake midden is intriguing, and seems to underscore the unusual nature of Lamoka culture in the Northeastern United States.

When he began investigating the Lamoka Lake site in the 1920s, Ritchie was not aware of demonstrably earlier populations in the region, and imagined that the Lamoka Lake community one day suddenly found itself confronted with invaders from somewhere else. By the 1940s, he had concluded that the invaders were Laurentian Archaic populations from the north (Ritchie 1944). However, it may have been the Lamoka Lake community that was foreign to the region. For an immigrant Lamoka community, cultural practices oriented to the preservation of identity and affirming common origin may have been favored for a long time, while eventually, dynamic cultural processes must have attended interaction with indigenous neighbors of the Laurentian tradition.

1988 The Laurentian Problem: A Review. Archaeology of Eastern North America 16:1-42.