It Was Forty Years Ago Today (On Getting Started in Archaeology)

Since it is December 25 as I write this, I know exactly where I was 40 years ago today: I was at my parents’ home in Geneva, New York for Christmas, following my first season of field experience in archaeology. I had looked forward to my fall field school class since the spring, when I learned I needed it as a requirement of summer employment on an archaeological field crew. Without it, I spent the summer working as a field assistant in the Department of Entomology at the New York State Agricultural Experiment Station (apparently biology field schools are not required for this; but still, I found I was underqualified as an entomology field assistant until I learned, on the fly, to drive a standard transmission). I’m not complaining: I’ll never forget my experiences working among entomologists and other scientists at the Experiment Station.

In the fall, however, I continued my Anthropology major. At 20 years old, I had one foot in the youth culture of my teens (such as the world’s largest-ever rock and roll show at Watkins Glen in August ’73). With the other, I stepped decidedly into the archaeology career track I would follow through adulthood. This career has been a blend of learning, teaching, research, and cultural resource management (CRM). CRM itself involves a combination of finding, protecting, and wisely using archaeological sites. It is best applied with strong input from anthropological archaeology honed early in an academic setting.

The autumn of 1973 was when I went to Binghamton University’s archaeology field methods class, which was held at the Cottage site in Apalachin, New York, on the Susquehanna River a few miles west of our campus in Vestal. The instructor of record was South African archaeologist Nikolaas J. van der Merwe, but the class was actually taught by grad student Verna Hayes, who was an expert in the archaeology of the upper Susquehanna River region.

It was at the Cottage site that I kept finding bits of charcoal in the floodplain soil and wondered how they got there, since they were small, scattered granules not contained within ancient hearths. It is more common knowledge now that these little pieces of charcoal, stratified in sediments that are flood-deposited along rivers and streams, are proxy data on the frequency or extent of ancient forest burning, tracking events such as droughts (with attendant forest fires), and human clearing of the landscape by intentional burning. Extensive, active human involvement in forest ecology was rarely considered then, but is actively researched now (and denied less often). 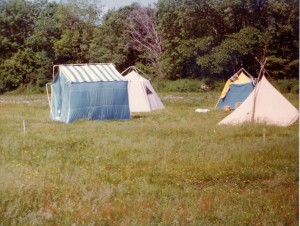 The field school ended after the first week of November due to the predictable onset of bad weather. Bad weather, however, deters some archaeologists about as little as it does mail-carriers and NFL football teams. I spent much of November and early December as a volunteer in salvage archaeology operations conducted at the Sidney Airport site, where a circa 1200 AD (Owasco culture) Indian village site was being mined for gravel to provide road fill in the construction of the I-88 highway. No money was available at that time for archaeology, but the State Museum was able to intercede to allow volunteers from the university to respond. I went to the Sidney Airport site with Professors Fred Plog and Gene Sterud, plus a group of dedicated grad students. I remember that Fred disappeared in the afternoon, finally emerging from a four feet deep Owasco storage pit. He was with us all the time but invisible underground; and no doubt better protected from the biting wind. Trained in the surface collection and ruin-mapping archaeology common in Arizona, Fred explained that he had personally excavated the complexly-stratified, refuse-filled pit in order to learn how to do it.

In subsequent years (into the early 1980s), I graduated from Binghamton University and became a graduate student there myself. I fondly remember the highlights of those years. I worked for three summers in the I-88 highway archaeology program, which emerged better-funded by 1974. Our crews completed the salvage excavation of the Sidney Airport site (funded this time), recorded numerous additional archaeological sites in the right-of-way of the as- yet-unbuilt interstate, and went on to a data recovery phase in 1977-1978. During that period I also gained my first teaching experience, along with fellow teaching assistant Ed Hession, in a 1976 field school directed by Gene Sterud.

By the end of the I-88 archaeology project I was conducting Masters thesis research, which for me was a collections-based project that took me to museums in Rochester, Albany, Ottawa, East Lansing and Ann Arbor to study Archaic period (ca. 2000 BC) artifact assemblages, and carefully measure and record samples of Lamoka and Dustin type projectile points (or as my advisor, Al Dekin liked to refer to them, “Ladustin and Dumoka points”). 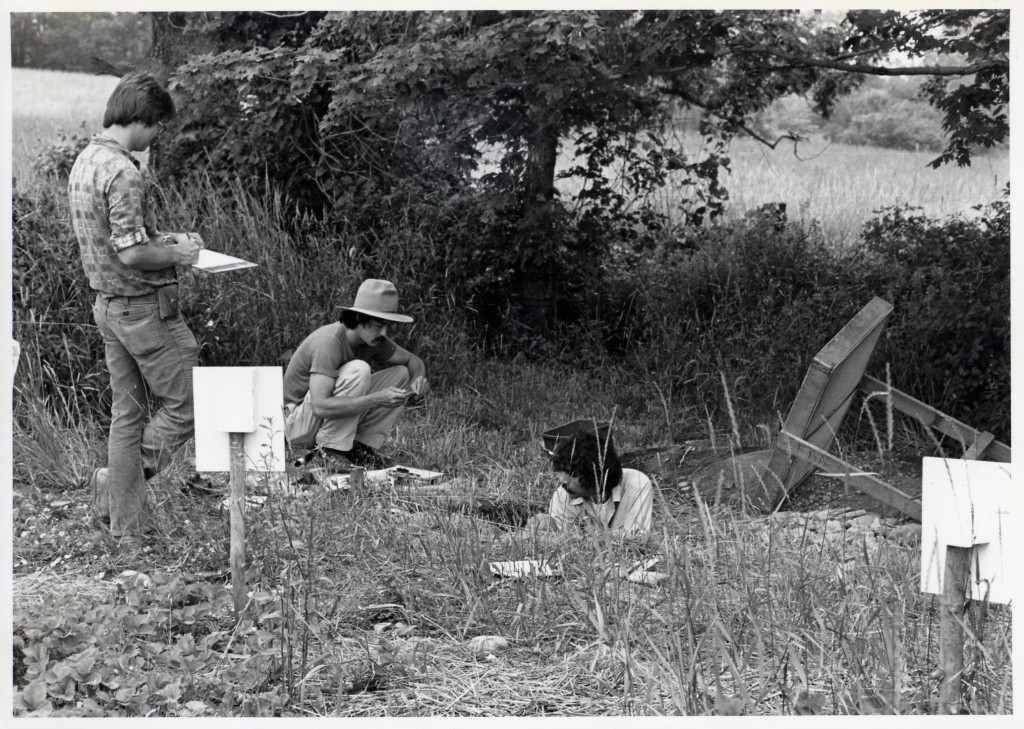 By 1979-1980, I was engaged in fieldwork for my Ph. D. dissertation. This project took me to the southern Finger Lakes region for two summers, where I worked excavating Archaic period sites with some of my best friends and two excellent teams of undergrad students, who we were teaching field methods within the context of a research project rooted in anthropological archaeology. We also made sure to incorporate common CRM field survey techniques. A small historic preservation, survey and planning grant assisted with the archaeological survey, and we integrated this work with the educational experience. Many of the field school students were themselves on the verge of entering into CRM work, at least for short careers as archaeological field technicians.

My career in CRM and other aspects of archaeology has been considerably longer, and has included a wonderful diversity of experience (much of it obtained after 1980 in the upper Hudson River region). After forty years, I pause to enjoy some fond memories, including some of my oldest.