Archaeology and History Events Around the Capital Region and Beyond, Sept. 16-18

Archaeology and history buffs in and around Eastern New York will have some tough choices to make this weekend.  Here’s a run down of events. Hat tip to New York History Blog for several of these.

Our own Ed Curtin will be giving a talk entitled “The Missing 2000 Years: The Continuing Mystery of the Earliest Archaic Friday September 16 at 7:30pm at the Mulberry House Senior Center, 62-70 West Main Street, Middletown NY. 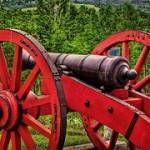 This weekend marks the 234th anniversary of the Battles of Saratoga.  The Saratoga National Historical Park will host an 18th century encampment with living history programs including a visit from the Marquis de Lafayette.  Camps open at 11:00am Saturday.

Speaking of revolutionaries, Benjamin Franklin will be stopping by Johnson Hall State Historic Site in Johnstown Saturday September 17th and can be seen at 11:00am, 1:00pm and 3:00pm.  I imagine that he and Sir William would have a lively conversation about politics if the Baronet were at home. 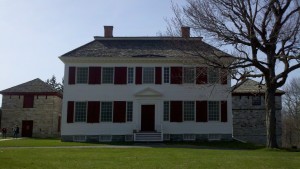 Also on Saturday, Dr. Tamara Plakins Thornton will give a lecture entitled “Status and Power in Early America” at 2:00pm at the Carole F. Huxley Theater at the New York State Museum.  Registration is required and tickets are $10.00.  The registration deadline has passed, but you can call Mary at Historic Cherry Hill (518) 434-4791 to find out if space is still available.  This event is the first in a series exploring status and power in early America.

Moving into the 19th Century, the 4th Annual Saratoga Springs Civil War Encampment will be held Friday, Saturday and Sunday, September 16th, 17th and 18th in Congress Park, Saratoga Springs.  2011 marks the sesquicentennial of the start of the Civil War. The encampment will have visits from Generals U.S. Grant and Robert E. Lee as well as President Lincoln, musical performances, demonstrations, exhibits and of course food.

Are you doing something historical this weekend?