Walking in October Light: A Memory of Learning about the Archaic Period

This month as I drive down narrow country roads on my way to work, the sunlight shines at low angles through the tree canopies ahead, reminding me of an earlier time when I walked through October light in Albany, New York’s Washington Park on my way to the State Museum.  It was the late 1970s, and I had come to Albany from Binghamton to study with State Archaeologist Bob Funk, supported by a SUNY pre-doctoral research fellowship.  Two or three days a week I would wind my through the park to the old State Museum, lodged in the massive, Corinthian-columned State Education building that had been its home since 1912.  On these walks I was particularly struck by the quality of the October morning light shining through the autumn leaves in the wondrous, Olmstead-inspired city park. 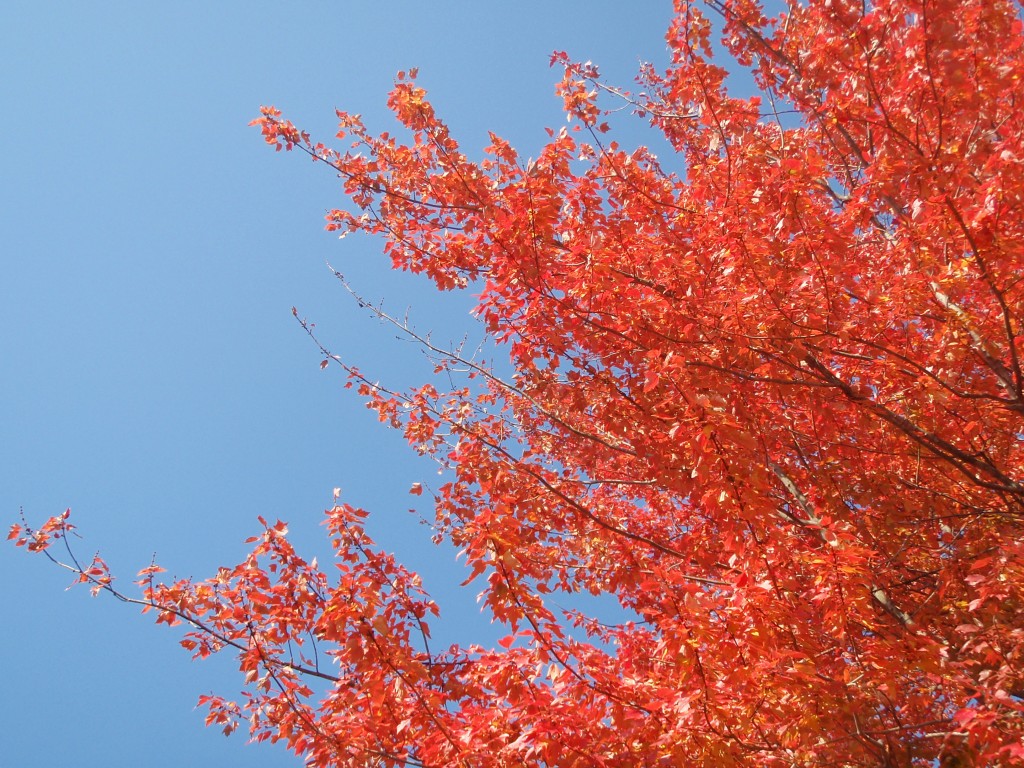 Maple leaves in the morning light of October.

At the museum, Beth Wellman provided access to the Mattice No. 2 site collection of Late Archaic period artifacts that I was studying to learn more about Lamoka phase lithic technology (I had visited the excavation of this site during the archaeological survey of the nearby I-88 highway right-of-way).  Bob Funk guided my reading on the Archaic period.  They both often spoke to me about Mattice No. 2 and other sites, and the design and goals of their upper Susquehanna archaeological project (Funk 1993, 1998).  A pre-doctoral student, I was essentially a novice in the discipline of Archaic studies, but keen about what I might learn.  I learned a lot, and quickly began to apply it to my understanding of Northeastern archaeology, and within another semester, to my work at Binghamton University’s Public Archaeology Facility.

I will always fondly remember the kindness and collegiality shown by Bob and Beth, curator Charlie Gillette, and Highway Archaeology director Phil Lord.  I will never forget how great it was, on occasion, to be invited for an afternoon pumpkin pie break with Bob and Phil in a nearby state workers’ cafeteria.  Over the next several years, and as the museum moved to its new building, I visited every so often.  I recall Bob’s excitement on one of these visits, when he had just received the radiocarbon dates for the Early Archaic components at the Johnsen No. 3 site (Funk 1993:152; Funk and Wellman 1984).  Bob had just been delivered long-awaited, definitive data on this poorly understood period of Northeastern United States human history (more or less about 9,000 years old).  I was indeed fortunate to be able to share in a growing perspective of the Archaic period, in which Bob was a leader.

Time goes on.  My analysis based on the lithics of the Mattice No. 2 site eventually was published (Curtin 1996), as was Bob’s full site report (Funk 1998:151-176).  For my part, I was impressed that the Occupation 2 chipped stone assemblage seemed to be geared for transportability–  an indication of human mobility on a large landscape–  despite some indications that people may have spent some time at Mattice No. 2 during this period of occupation.  Bob favored the interpretation of Occupation 2 as a seasonal settlement.  I continue to ponder this site and its technology years later.  Bob mulled over the implications of the size, linear shape, and concentration of features and artifacts in Occupation 2, long reporting his unorthodox interpretation word-of-mouth, and then finally putting in print his proposition that “the occupants of zone 2 constructed, lived, and worked within a longhouse type structure about 65 feet in length and 20-25 feet wide” (Funk 1998:163).

This is an exceedingly uncommon interpretation, given the great time-gap (more than 3,000 years) between the age of Occupation 2 (about 2000 BC) and the well-documented, post-AD 1000 longhouses of the Late Woodland period in upstate New York.  There seems to be little or no evidence of longhouses in the intervening centuries and millennia, no continuity, no slowly evolving set of longhouse connections over time.  More often, it is assumed that Late Archaic social groups were small and lived in small shelters.  But Bob’s interpretation is not one that I care to reject due to lack of comparable data.  It is, perhaps, a very useful challenge to some embedded assumptions about what could happen during the Archaic contrasted to later developments such as life in longhouses.  I prefer to accept Bob’s view as an indication that social forms and living arrangements that archaeologists have not considered within that early time frame may have developed at some sites, under conditions we have not adequately contemplated.

Archaeologists who study the Archaic period are in a position to observe how social forms came and went in the context of changing conditions a very long time ago.  We perhaps should not find seemingly precocious developments entirely out of place if they do not appear plausibly connected to later (but perhaps similar) developments.  We still know too little about how Archaic cultures were organized, how they varied, how the Archaic as a great era ended, and how the Archaic is related to the Woodland period cultures that came afterward.

All that aside, I might not recall those good old days at the State Museum so often (or with seasonal regularity) if not for the distinctive quality of the October sunbeams that my car now-a-days flashes through on country roads, red and yellow maple leaves dropping, earthy-brown oak leaves still clinging to twigs and branches, the Wooly Bears (large and abundant this year) foretelling the nature of the coming winter.