Making History in Saratoga Springs: Health and Horses in the City, Ancient Settlements out by the Lake 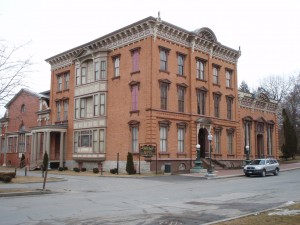 Saratoga Springs in New York’s Hudson Valley region draws thousands of visitors and summer residents to events ranging from Dance Flurry in February, to the New York City Ballet in July, and the late summer thoroughbred horse races.  The streets even get packed in the dead of winter, with the Christmas-time Victorian Streetwalk, the New Year’s Eve First Night celebration, and the mid-winter Chowderfest.

Many visitors may not be aware before coming, but find out after they arrive that Saratoga is a very historic city.  The Victorian architecture is well preserved, and can be enjoyed quietly on casual walks or more interactively in regular summer-evening ghost tours. Saratoga Springs has several historic districts that provide for the preservation and appreciation of the city’s heritage. 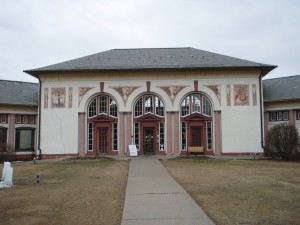 A century ago, the State of New York acquired extensive holdings in the south of the city in order to preserve the productive capacity of the springs. This area is now Saratoga Spa State Park, containing much of the neo-classical architecture subsequently built (with the much-needed help of Franklin D. Roosevelt) as state-of-the-art spa facilities.  Here in places the springs rise to the ground surface along a fault between rock formations.  This geological effect is visible in the Spa Park, where the waters emerge in the valley below the escarpment, and where one of the picnic grounds is located next to a beautiful gushing geyser.  The walk (or ski) along the nearby escarpment top is one of my favorites.  The springs also emerge in the valley of springs that runs from Congress Park to High Rock Park in the center of the city.  Visitors to this part of Saratoga can taste the water from several springs.

Saratoga Springs was founded most of all as a resort for taking the waters, but since the 1860s it has been sustained to a great extent by thoroughbred horse racing (and of course, betting on horses, staying in hotels or rented houses, dining in restaurants, and at times, gambling in casinos, such as Canfield’s, now the museum).  The Travers is the great historic race of Saratoga, and is sometimes referred to as the graveyard of champions for the storied racing upsets that have occurred here.  While the Travers is thought of by many as the fourth leg of the Triple Crown, over the long haul of each track season there are a lot of other highly regarded races, such as the Jim Dandy and the Whitney.

The late 19th century in Saratoga Springs provided a great recreational experience, with people moving from the racetrack and the down-town hotels to other venues such as the gambling houses, the collegiate rowing regattas on Saratoga Lake, and highly-regarded restaurants or “lake-houses”.  The horse racing and regattas were some of the most significant sporting events in the United States during the late 19th century.  One notable restaurant, Moon’s Lake House, was located near the finish of the regatta course.  The chef at Moon’s Lake House, George Crum, is said to have invented potato chips, which were no doubt somewhat different than today’s snack, except inSaratoga Springs where restaurants and entrepreneurs have tried to recreate authentic recipes.

In the 18th century, the earliest Euroamerican settlement was placed near the present-day Olde Bryan Inn, on the escarpment overlooking High Rock Spring.  These settlers shared the company of Native American neighbors who were already there, and who had been monitoring Euroamerican settlement ambitions for several years.  During Saratoga’s 19th century hey-day, Native Americans visited the on-going tourist season on a regular basis, establishing summer encampments where they lived and sold crafts to visitors.  The 19th century Indian encampments may have continued the earlier practice of visiting the area seasonally for fishing or hunting.

The famous Moon’s Lake House chef George Crum had Mohican Indian ancestors, and going back a long way, some of his ancestors may have been regular residents on the lofty plateau overlooking the lake.  In George Crum’s day, visitors to Moon’s and the regatta grandstand viewed Saratoga Lake from this high vantage point.  Much more recently, the Saratoga Springs archaeologist James P. Walsh has conducted excavations on the plateau near the end of Arrowhead Road; and Skidmore College conducted an excavation to further explore a site that planners and developers had protected when constructing the Water’s Edge residential development.

Walsh found evidence of Indian occupation dating back as far as 8,000-9,000 years ago.  While these early residents may have been mobile hunter-gatherers on quick trips to the forest behind the bluff-top, later residents of about 3,000-4,000 years ago were more settled.  They dwelt at a site Walsh called Arrowhead Casino (after a well-known night-spot that was located nearby). The residents of 3,000-4,000 years ago had a much more substantial, multi-season community and intensively harvested the local resources.  Skidmore’s dig at Waters Edge found evidence of somewhat later occupation, probably occurring during the early centuries AD (people may have built a new settlement then after a long absence).

The State of New York and the National Register of Historic Places have recognized the importance of the resources Walsh found by nominating and listing the Arrowhead Casino Prehistoric Site on the National Register of Historic Places.  More recently, the Archaeological Conservancy has acquired a multi-acre site in this area to protect it for the future. 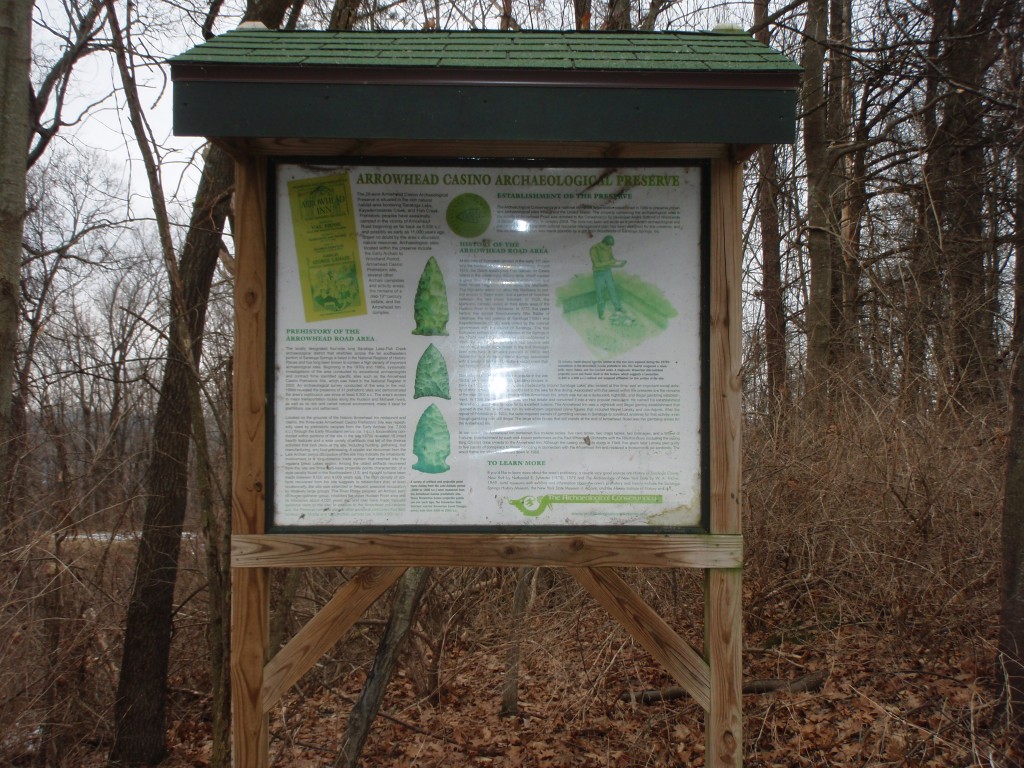 Corbett (2001) provides a very good account of the history of tourism in Saratoga Springs, while Swanner (1988) gives a comprehensive natural and cultural history of the springs, their preservation, and their role in the life of the city.  James Walsh has published reports on his investigations in The Bulletin of the New York State Archaeological Association.  You can visit a very nice explanatory kiosk out by the lake, on the Archaeological Conservancy’s property at the end ofArrowhead Road.