Guy Park in Amsterdam, New York was severely damaged by flooding of the Mohawk 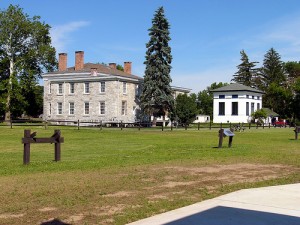 River after Hurricane Irene.  A corner of the building was ripped off by the flood waters, which rose as high as the first floor windows at one point.

Guy Park was the colonial home of Guy Johnson, the nephew and son-in-law of Sir William Johnson.  The large limestone Georgian mansion was built c. 1773-1774, shortly before Guy Johnson, a loyalist, fled with his family to Canada in 1775.  The building now houses the Walter Elwood Museum.

Hurricane Irene left widespread devastation across eleven states.  With cleanup efforts underway, it is a good idea for museums and repositories to review their disaster planning and response procedures.  As custodians of archaeological collections, this is something that private archaeology firms need to be aware of as well.  There are a number of websites and publications that can help small museums to prepare for and recover from disasters.

Here are a few: 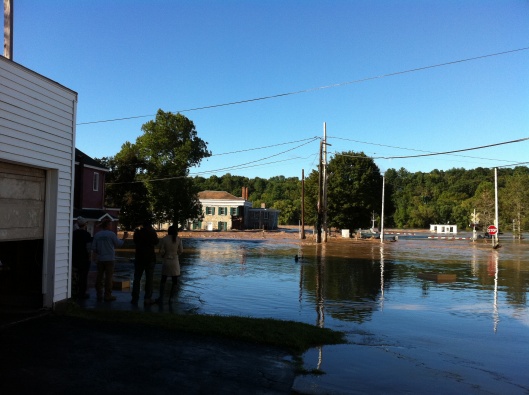 View of the flooded and damaged Guy Park, 8/29/2011. Image courtesy of Flippin' Amsterdam

Having a disaster plan in place can minimize damage to collections and speed the recovery process.  It remains to be seen whether Guy Park can be saved.  Hopefully the Walter Elwood Museum had a disaster plan and was able to protect some of its collections from the flood.

Do you know of other museums that were damaged by Irene?